"[...] an invitation to get out of reality in order to find a sort of privacy,

- through elements of rupture that are capable of changing the terms codified by tradition".

In the Seventies and Eighties Ugo La Pietra operated a series of interventions on elements of street furniture with the aim of modifying their function, while not altering their structure completely. In what he has defined as “exercises of design-reconversion”, barriers and benches are transformed into structures for the domestic space, thus inviting us to imagine alternative ways of seeing and experiencing space. The artist's intention was to make the individual aware of the fact that a banal intervention on everyday reality can become a creative action. These aesthetic operations, capable of breaking pre-established schemes, were driven by a strong political and social awareness.

In fact, after analyzing the degrees of freedom within the public space, La Pietra stated that it was necessary to abandon a monumentalist approach to reality, so that people could freely create new elements. The objects examined and transformed by Ugo La Pietra are common objects of our urban and domestic everyday life, permeated with a banality that we could define necessary, precisely like the elements and actions to which Elizabeth Orr & Micah Angelus works refer: contour finders, windows, shutters, flowerpots, pedestrian crossings and the very act of walking.

The term 'pedestrian' (pedestre in italian) in the exhibition title embraces all these elements. It is no coincidence that in the Italian language its etymology is connected to that of the pedestrian (il pedone, the person): in the past, those who went on foot did not do so by choice, but because they could not afford a horse. In English, 'pedestrian' is both an adjective and a noun. The physical and conceptual intervention operated by the two young American artists therefore starts from a very horizontal and pedestrian level: the level of those who cross the space walking on the ground.

Elizabeth Orr & Micah Angelus seem to accept La Pietra’s invitation, in their intent to decontextualize and reconvert the form and function of anonymous, banal elements. At the same time, their practice goes in the same and opposite direction. Their practice relocates the chosen objects (both metaphorically and physically) bringing them on a vertical plane, thus elevating them towards a monumentality which is not an act of arrogant domination, but rather a new visual and conceptual dignity.

In the exhibition space we find windows that are no longer windows, but layers of glass that resemble shutters: a visual calembour that informs both form and content (Reebok and Vans; Nike Airforce Max 2021). Inside them, the artist has positioned what remains of an act that distills the very idea of 'pedestrian': a slab sprinkled with yoghurt on which she has walked, leaving her footprints visible. They now dominate a vertical wall, disrupting the very essence of an action that is no longer only pedestrian.

The aluminum sculpture (Input / Output 2021) and bronze plates (Out of the country, into more country; Light touch; No majority; Gates of Lodore 2021) by Micah Angelus outline the contour of simple objects, inspired by shapes of the domestic space (like flowerpots) and urban space (pedestrian crossings), once again referring to a form of mediocrity. The focus on the outline, rather than on the entire form, allows a detachment from the original subject: the shape, only suggested, becomes a key to access other realities, those that our perception freely establishes. Angelus' gesture fits into the gap between the moment of perception of the empirical forms that already belong to our visual vocabulary, and that of the restitution of other possible meanings. As if to block an incoming signal in order to deliver it slightly altered. We are witnessing a modification of both physical and conceptual planes: objects that free themselves, becoming a constellation of new meanings.

In light of all this, the title of the exhibition arises as a question: these objects - capable of creating an alteration in our perception - are they really "only pedestrian"? Their original ordinariness frees itself from the weight of mediocrity inherent in the term that describes them, and rises to a new responsibility. As a contemporary Veil of Maya, they invite us to go beyond the phenomenal world we know - beyond the forms in their known form, so the 'pedestrian' from negative becomes positive, because it leads us upwards.

In fact, Orr's physical and conceptual intervention does not concern only the structure, but also the position. The window glasses are placed on the ground, to allow the act of walking on them, and then placed again in a vertical position. The act of stepping on glass also removes its original function, that is, a filter on reality: the glass is now obscured by footprints, it is no longer possible to see through. The distortion of perception is integral to Orr’s practice: a subversive and creative action at the same time.

The works of Elizabeth Orr & Micah Angelus are autonomous elements which both give access and block. It doesn't really matter, however, what reality they disclose or obscure: now they exist as independent entities, asserting themselves with a new semantic monumentality in relation to, and at the same time in spite of, the space they inhabit.

'Only pedestrian' is a constellation of devices that play with perception: by staging disorientation, they distort hierarchies and make us walk along the contours of known forms with a renewed gaze, a gaze capable of forging meanings and therefore forms . 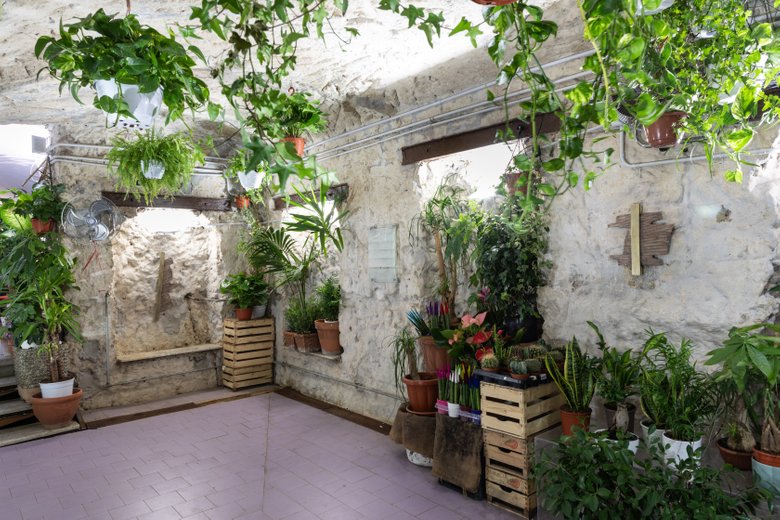 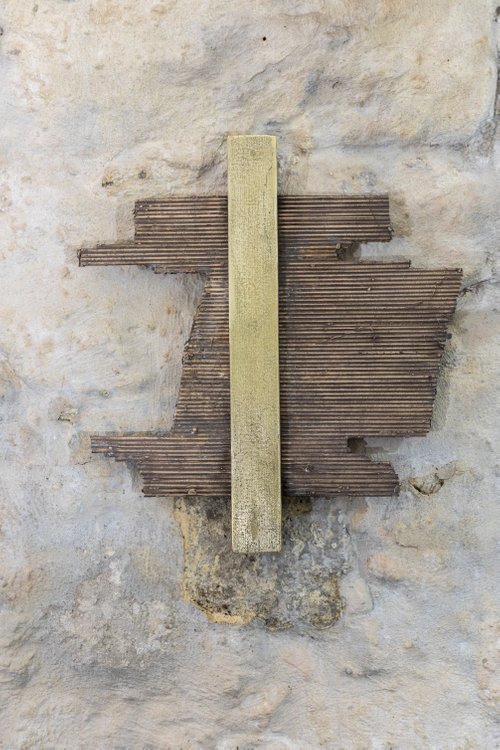 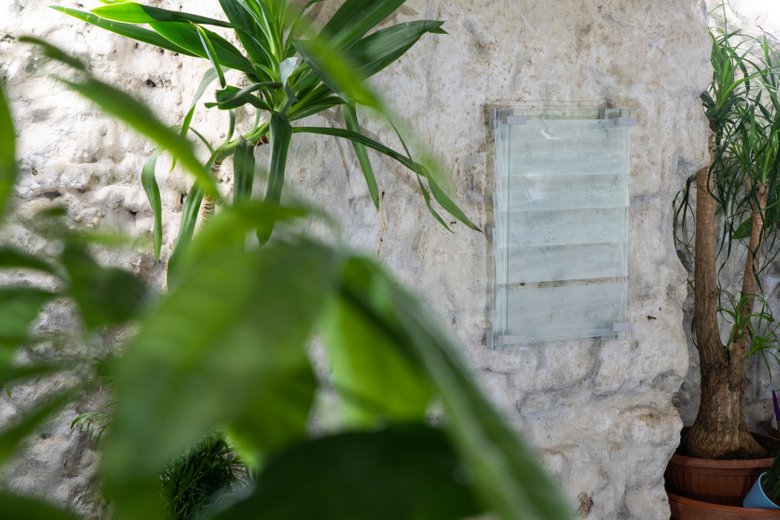 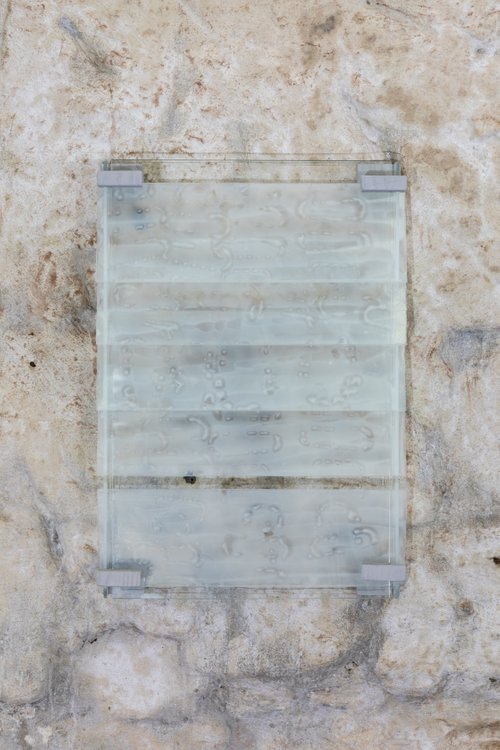 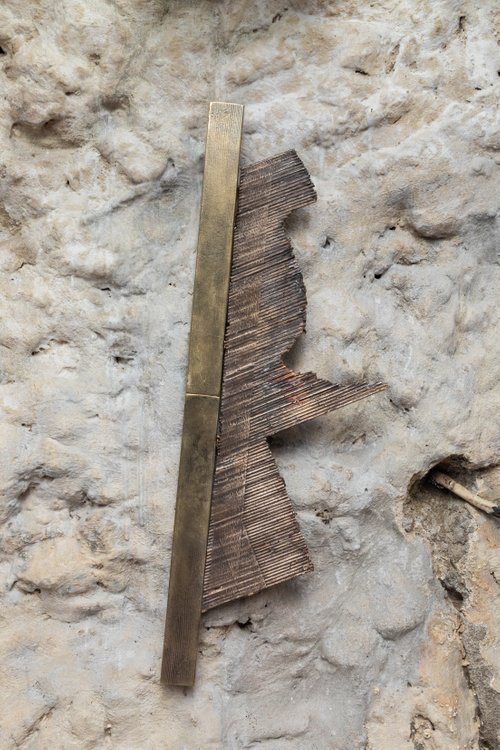 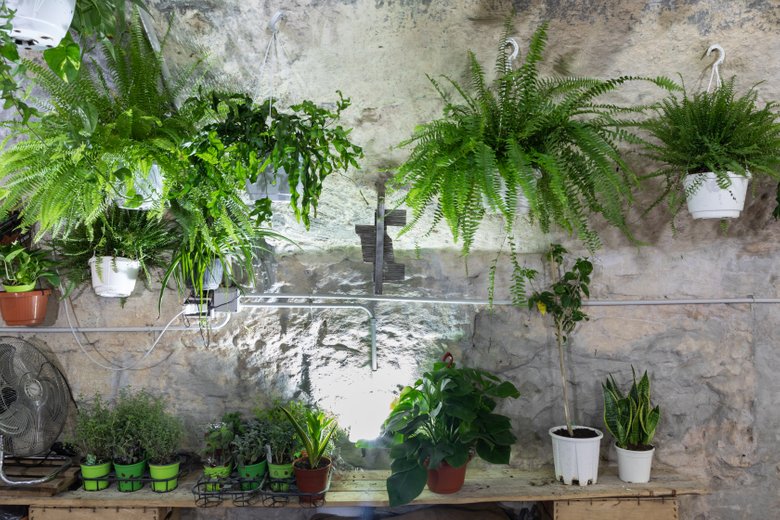 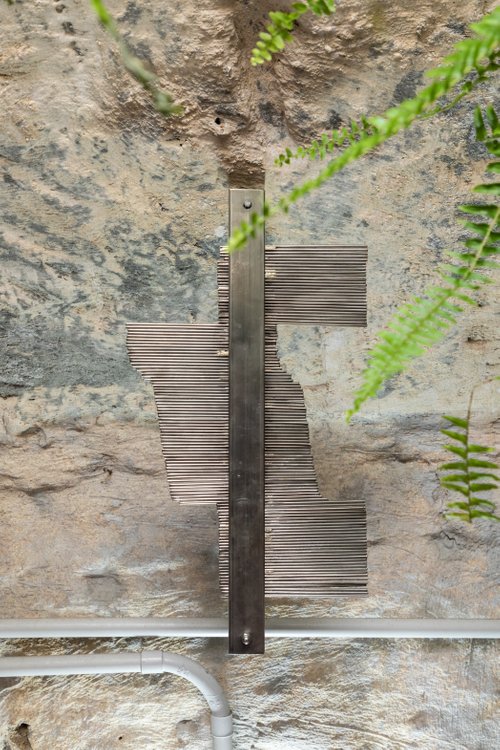 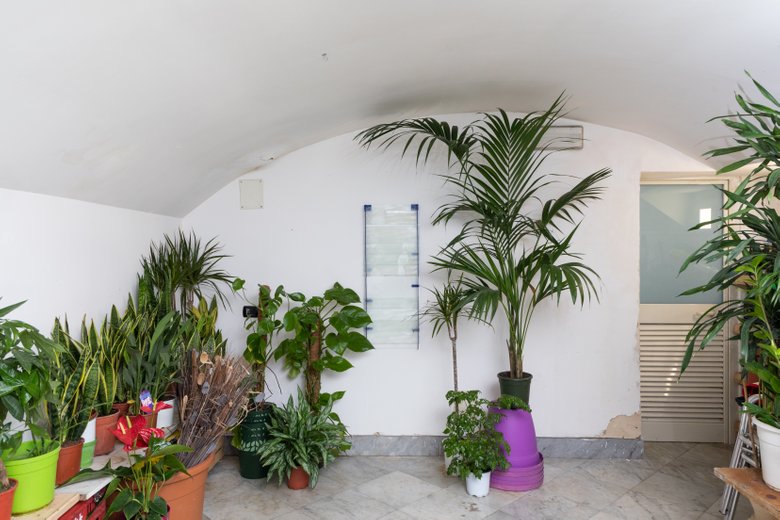 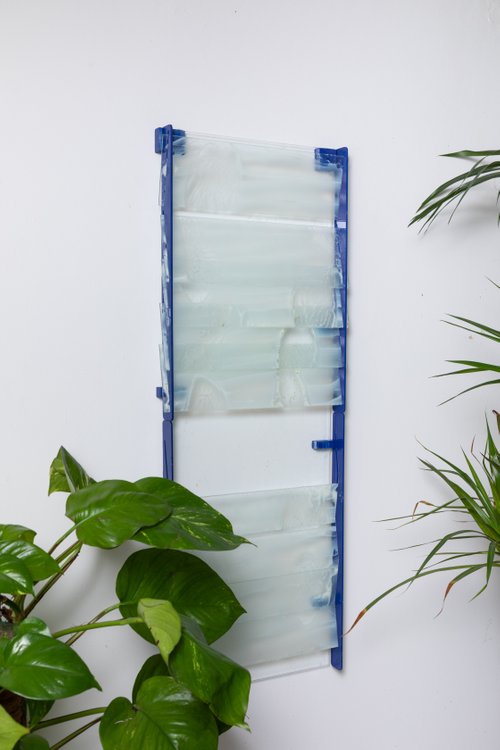 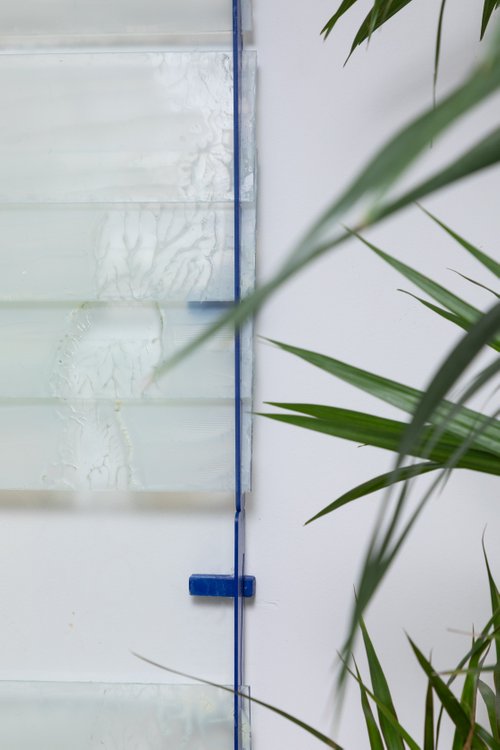 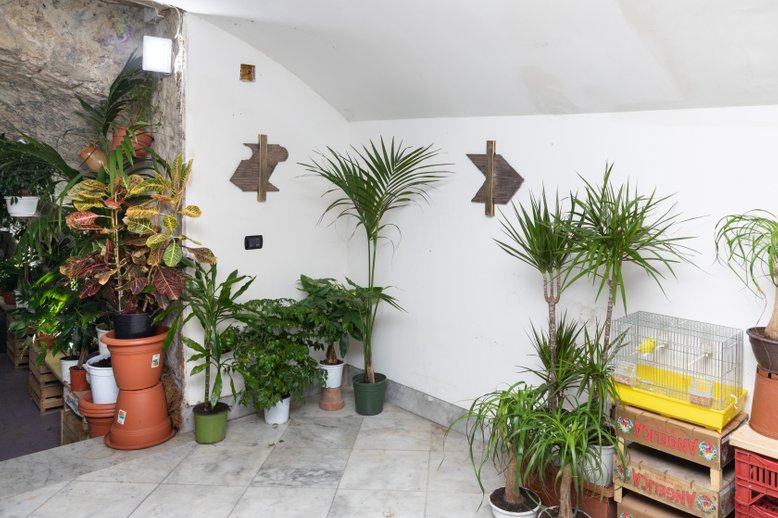 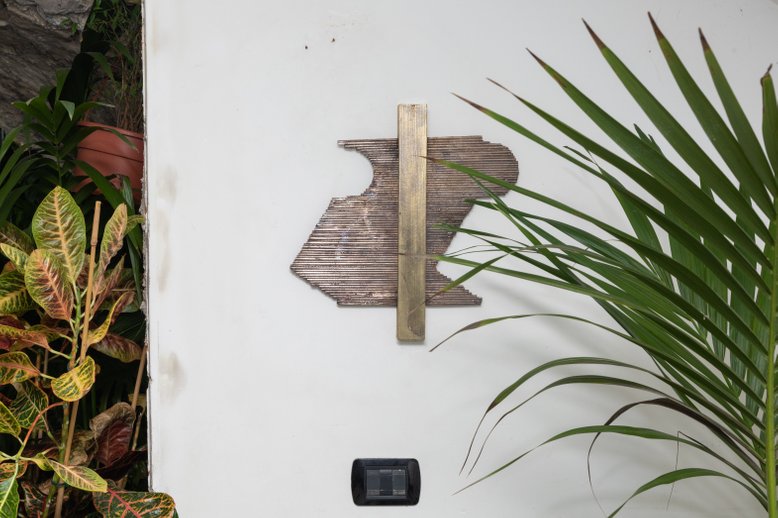 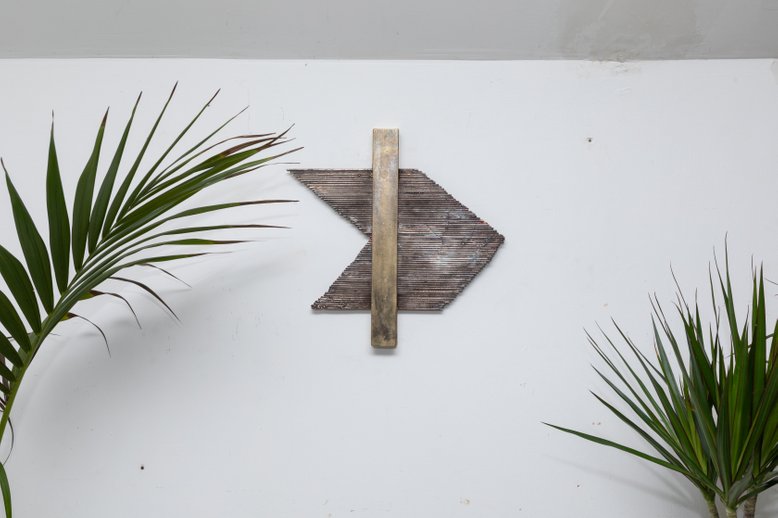 Out of the country, into more country