A story of a journey is a moving whole of memory fragments, enriched by fantasies or deprived of details. How does the experience of a place activate an emotional memory and transmit it? What is a place actually? For Michel de Certeau, a place corresponded to a physical condition of stability, but it was also a way to question on its own. After all, a story always presupposes an interlocutor, be it the description of a natural landscape, a city, or a glimpse of life.

And so the image produced by the visual experience of a volcano, that of Stromboli, is linked to the view of a less irreverent but more threatening volcano, Vesuvius, bringing with it emotions and rewrapped memories. The real space is thus transformed into a psychical space, as a result of a topology of intimacy that offers those who participate in the vision a polysemy of interpretations. An island, Stromboli, and a city on the sea, Naples, widely painted, figured, and represented in the cinema, are both inhabited by a volcano and are the object of a visual exploration that celebrates the destructive and at the same time creative force of nature.

Immersed in a diorama of plants and flowers, the artworks in the exhibition evoke a flexible narrative whose common thread is the reciprocal exchange of emotions and stimuli between the observer and the places observed. Andrea Kvas's painting amplifies the sensory perception of matter, which surrounds the surface of the canvas like a living body, going beyond the boundaries of two-dimensionality to enter obscure and ancestral areas. The pictorial material becomes irrational and blind. It cannot be caged in any scheme because it is unpredictable, like the Dionysian symbol of life and of the vital energy that pervades everything and changes constantly.

Emotional cartography continues its narration, abandoning the feeling of terror for the uncontrollable unknown, an  intercepts the harmonious composition of shapes and colors in Anna Schachinger's paintings, which generates another dimension, perhaps utopistic, of contemplative pictorial lyricism. In her paintings you can enter and exit each observation point, stop on a detail, or get lost in a maze of signs, designing endless scenarios. A first layer of erupted matter leaves space for a brief calm and, in the process of destruction and reconstruction of reality, Nature resumes its course, producing rubble, remains and new lives.

The sculptures of Irina Lotarevich, in reversing the tendency to oblivion, recall traces that have been lost and revive disappeared creatures in an attempt to “remember" despite the present pushing us to forget with the trick of "looking ahead,” but without the image of a future. Past and present are in constant contact and trace a map of memories whose boundaries are not clear but fluid. Ephemeral like a wing’s flapping,
and almost weightless, the works of Leena Lübbe tell the uncertainty of the experience of memory. Colors and lively materials erase every sign of immanence and fixity, celebrating the flow of human emotions.

Life is rooted in the irrational and the existence of individuals is only a fleeting moment in the eternal flow of things, a continuous process of production and destruction. In the land of the supervolcano, a huge silent furnace, the tragedy is also joy and pleasure because it celebrates the imposition of life beyond death.

“Nature! We are surrounded and embraced by her: powerless to separate ourselves from her, and powerless to penetrate beyond her. Without asking, or warning, she snatches us up into her circling dance, and whirls us on until we are tired, and drop from her arms. […] The spectacle of Nature is always new, for she is always renewing the spectators. Life is her most exquisite invention; and death is her expert contrivance to get plenty of life. She wraps man in darkness, and makes him for ever long for light. […] Past and future are unknown to her. The present is her eternity.” 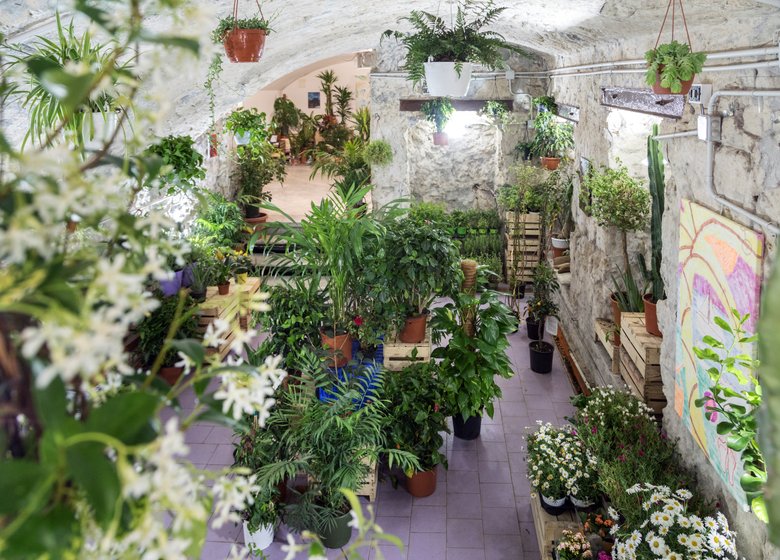 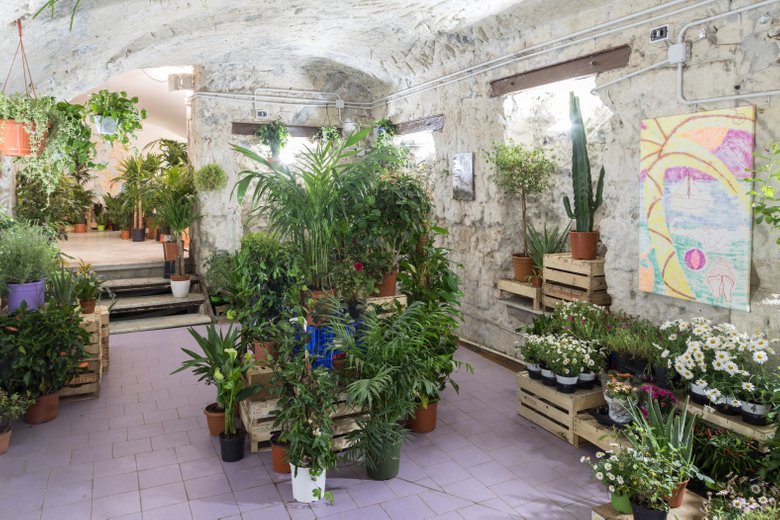 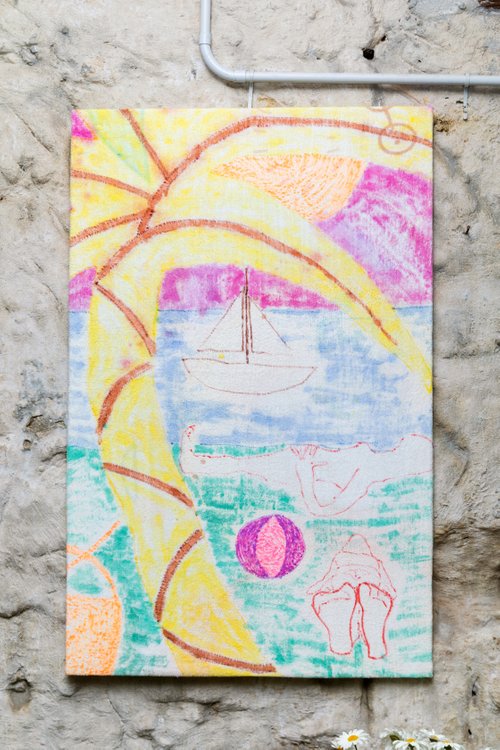 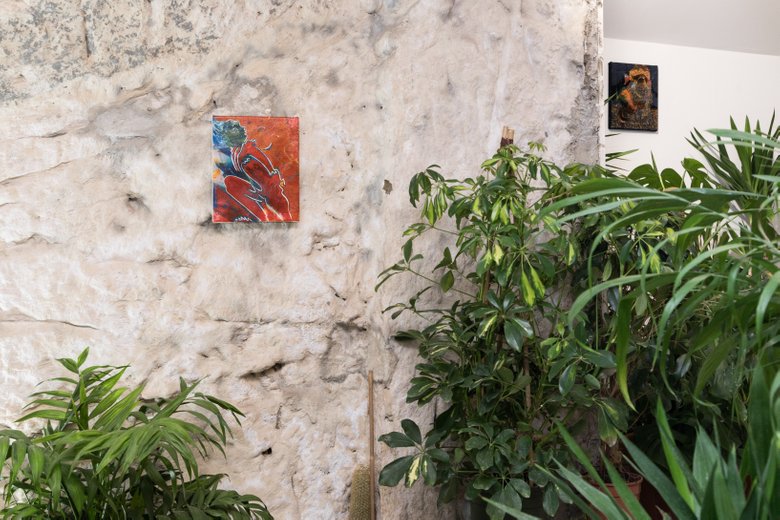 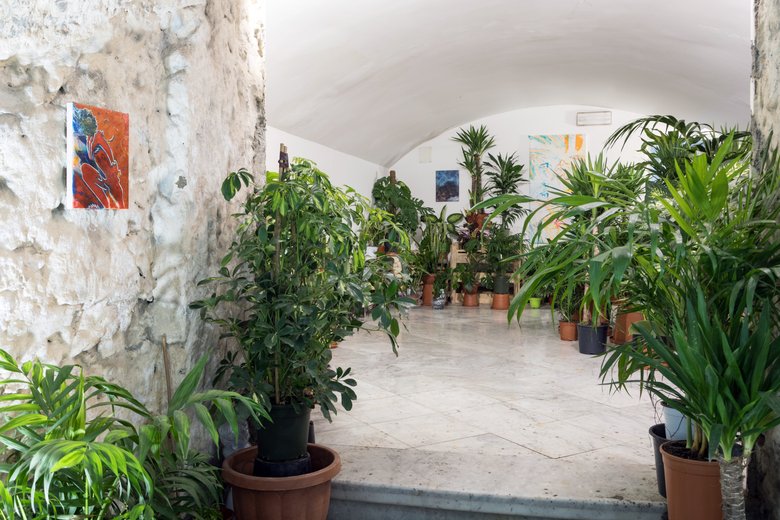 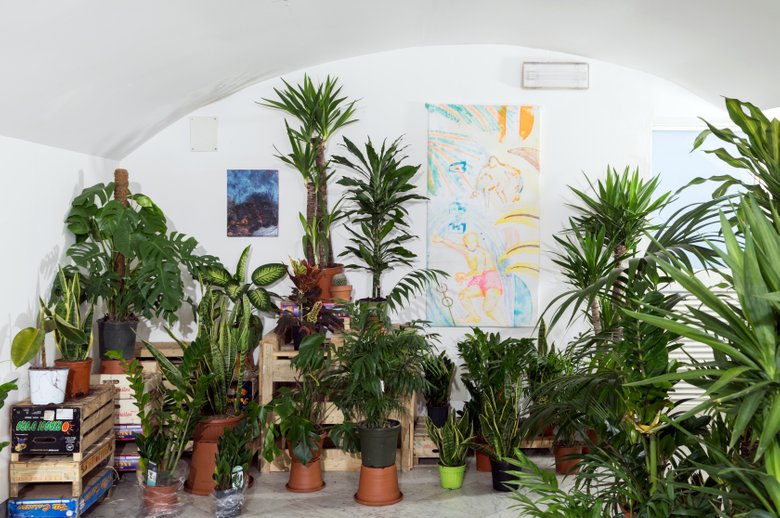 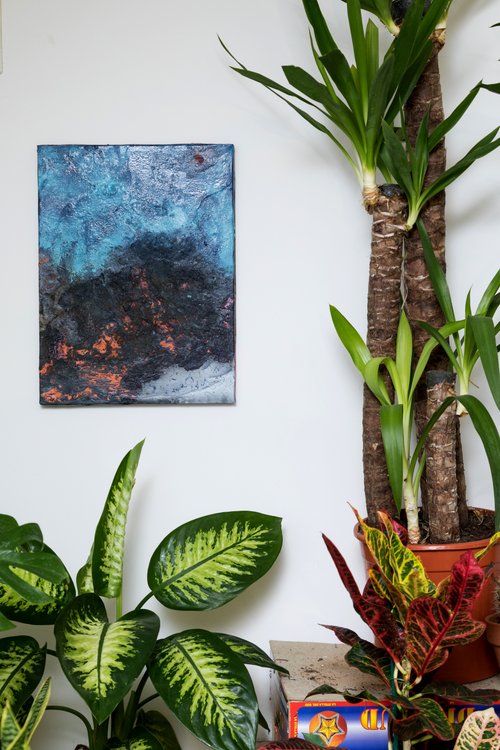 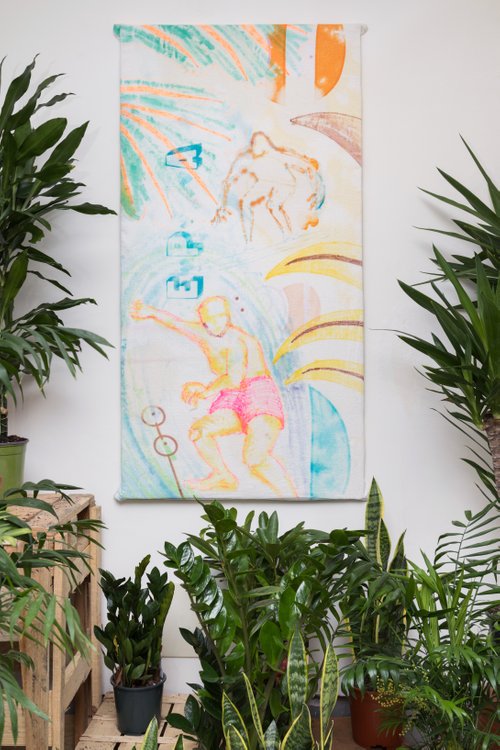 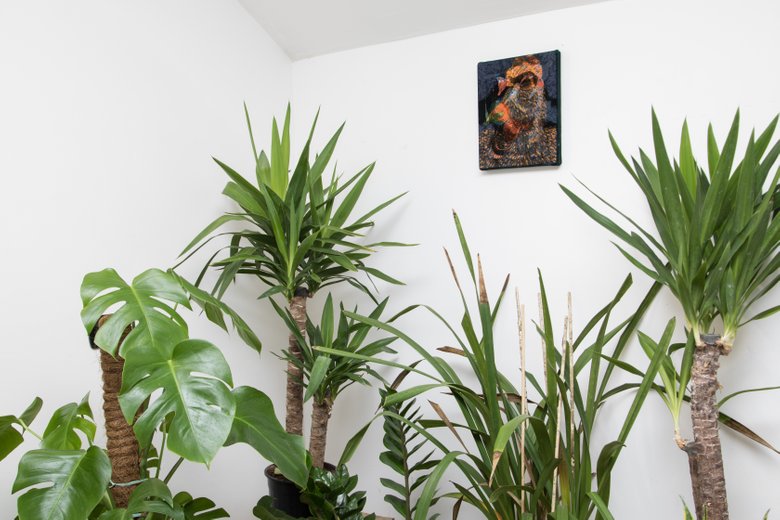 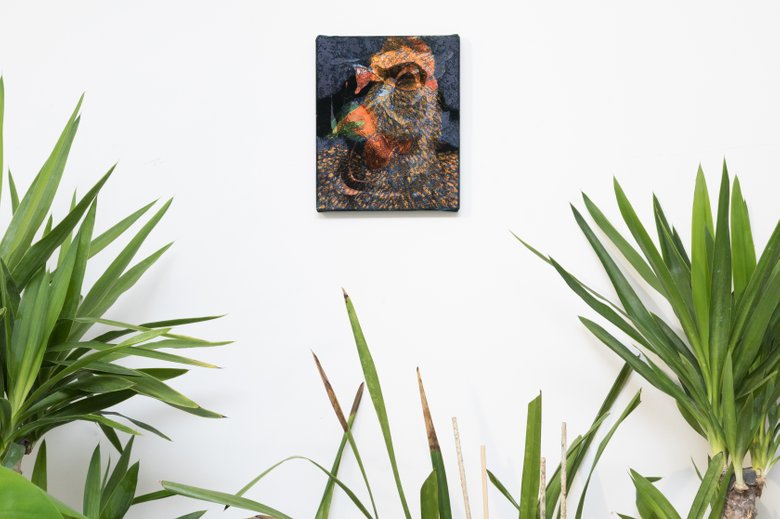 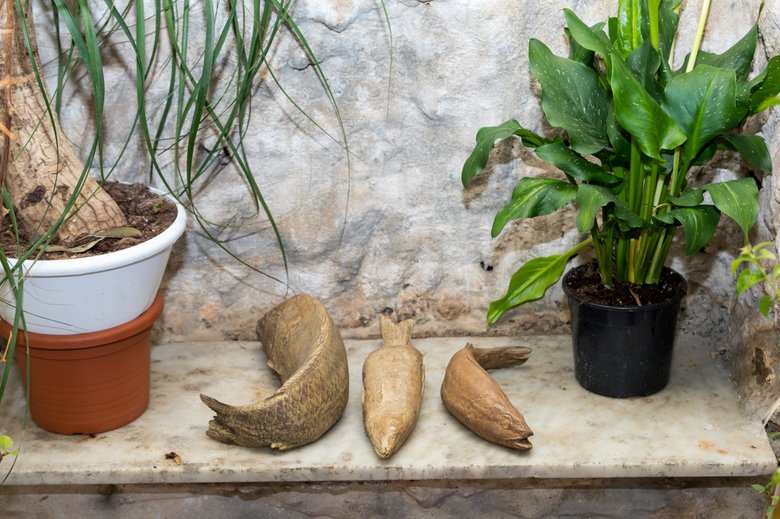 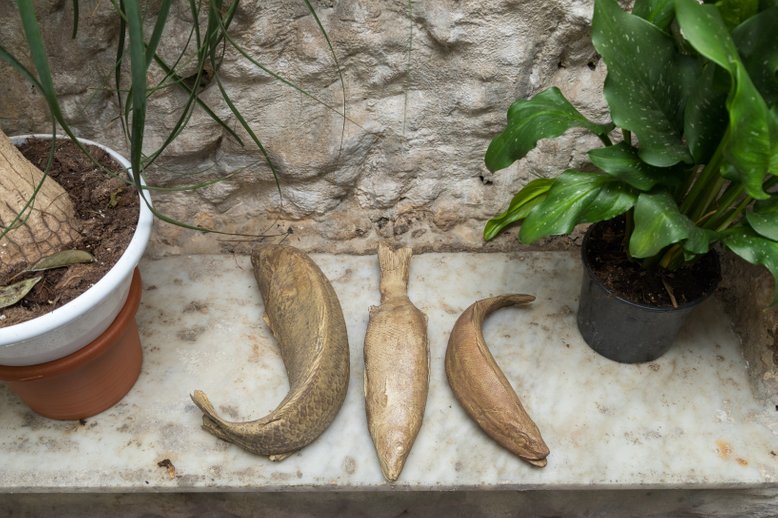 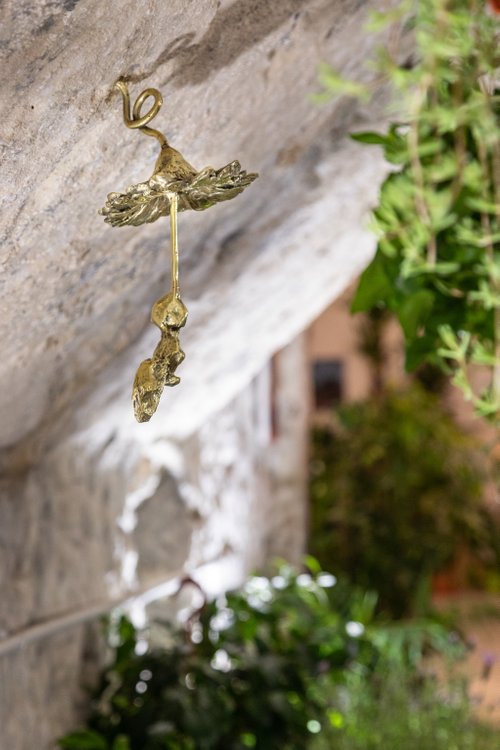 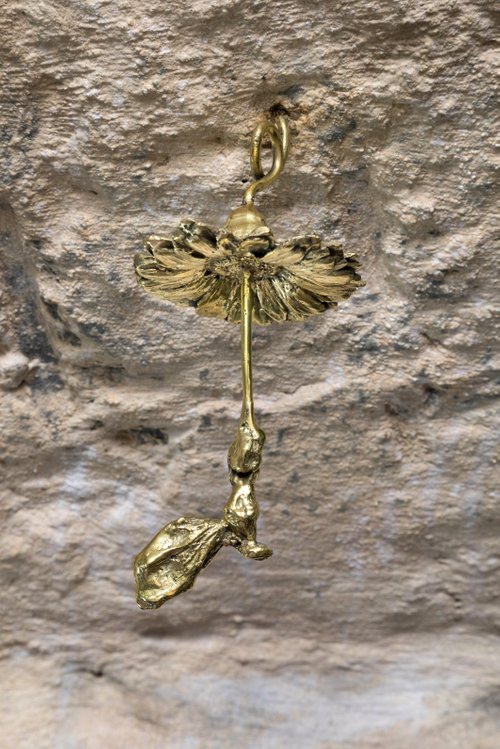 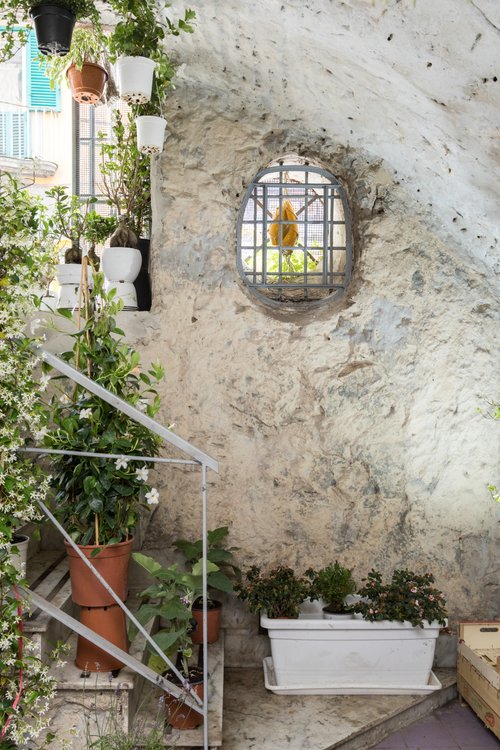 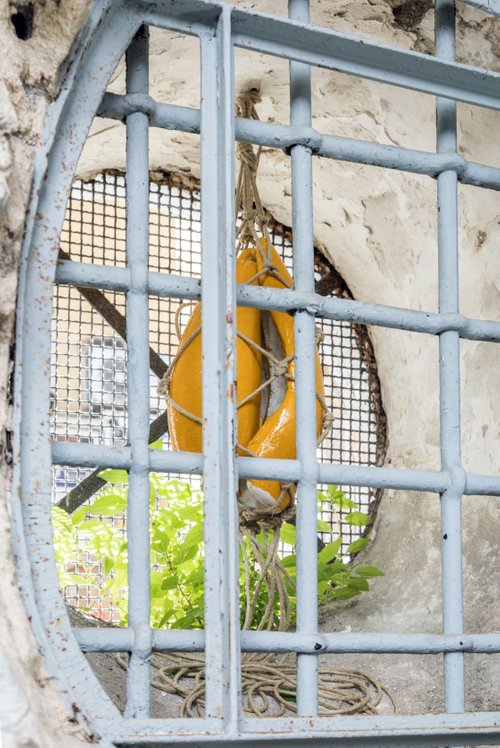 Tarsia is a space for contemporary art incorporated in a plant and flower shop.