Tarsia project space, founded by Antonio Dalla Corte in 2018, is pleased to present Urfaust, curated by Francesco Tenaglia, which puts works by Emanuel Rossetti and Yorgos Prinos in dialogue with the exhibition space: a historic plant shop in the Avvocata district, Rione Montesanto, Naples.

The first room, emptied of the abundant vegetation that normally populates it, houses eight photographs by the Swiss artist Emanuel Rossetti. The images portray public or semipublic spaces built and furnished to resembleprivate homes. The halls and corridors are “sets”made up to communicate an impression of familiarity and conviviality to potential patrons, users, or buyers whom we cannot see, as they are external to the shots. The images belong to a series that the author has developed in recent years recording moments from hislong walks — in this case, in New York. His use of a wide-angle lens deprives the work of a signature style or recognizable authorship;  what we see in the compositionis completely delegated to the mechanics of the camera. Rossetti avoids photographing easily recognizable or iconic views. In this case, his exploration of the theme of interiors echoes the space that hosts the work: a commercial scenario stripped of goods to become, momentarily, a purely artistic space.

The raised second room is full of shrubs—products that shop customers can freely purchase for the duration of the exhibition, but also temporary and perishable scenography for three works by the Greek artist Yorgos Prinos: the mural phrase “Until the lion tells the story, the hunter will always be the hero”; a photograph of a dog turned blue due to its proximity to a chemical factory in India (the peculiar coloring of the animal led to the image’s online circulation as a meme); and a photograph of a diorama at the American Museum of Natural History in New York—an idyllic, stylized, absolutely artificial landscape. Prinos’s work often focuses on the status of images and on social and political hierarchies. In this triptych he attends to how nature is conceived, enjoyed,and represented by criteria inextricable from the human point of view.

Rossetti and Prinos stage a story about authorial autonomy and authenticity; the relationship between representation,  simulation, and personal projection;  and considerations of power, work, and entertainment.

An unfinished tale,it will continuously change shape depending on the salesand new displays of plants,which the shop employees have been asked to arrange as they wish. 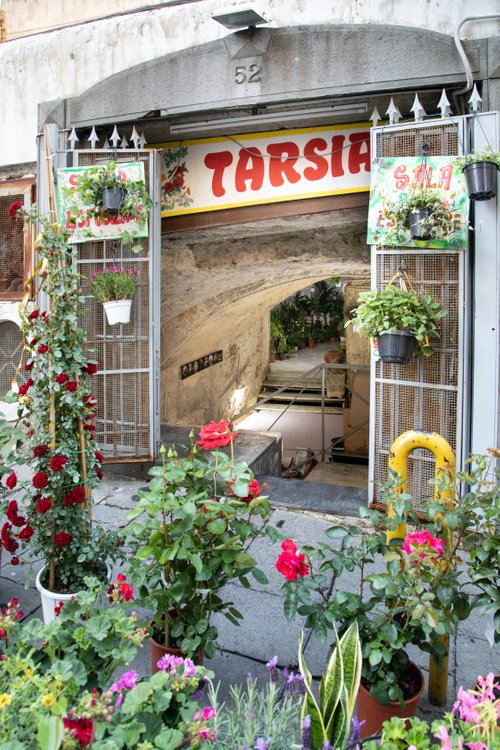 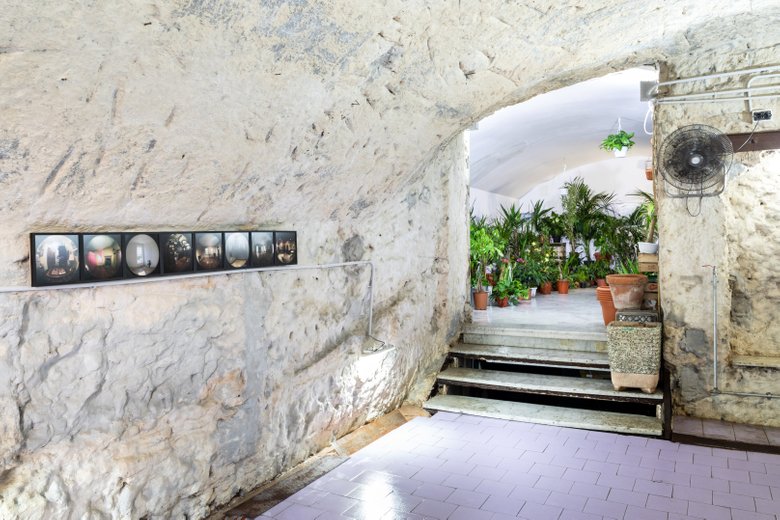 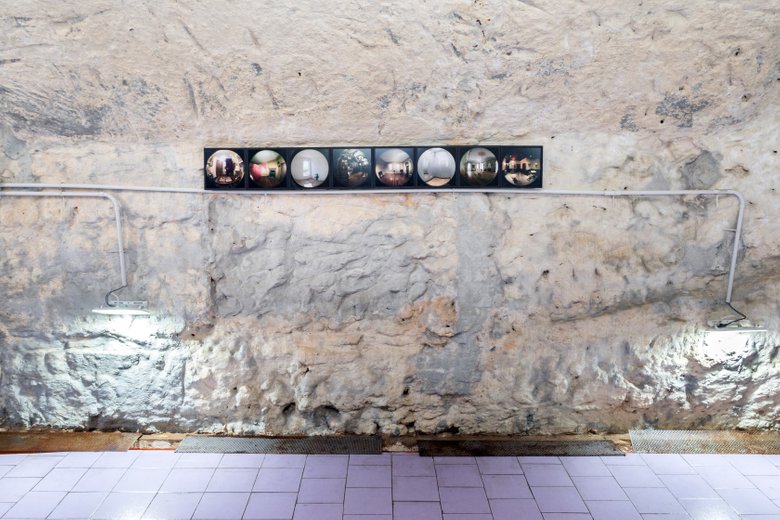 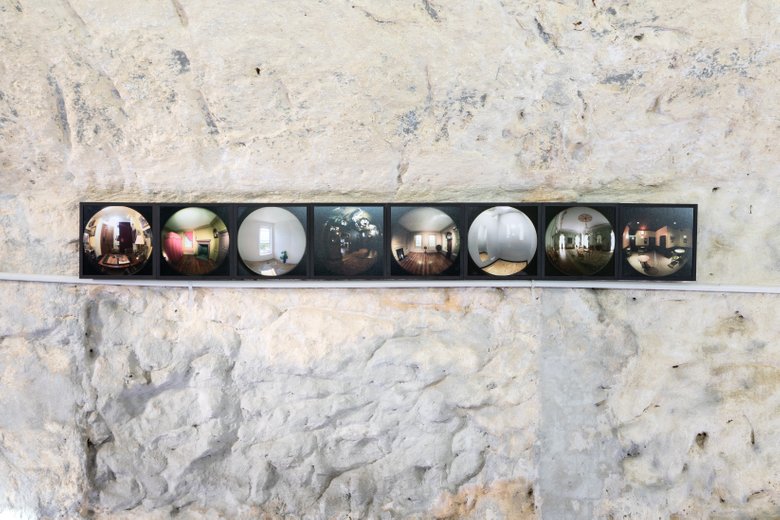 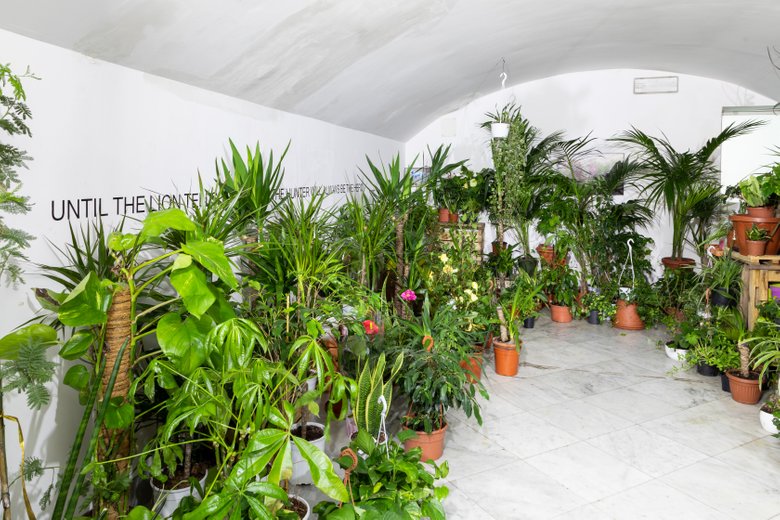 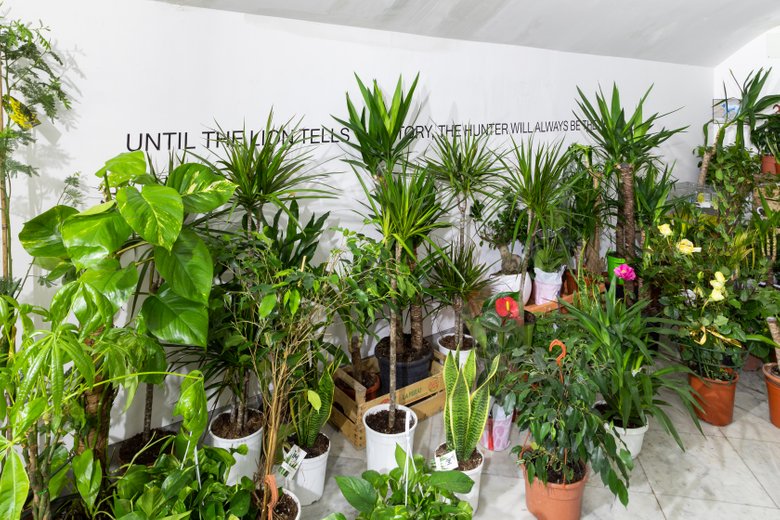 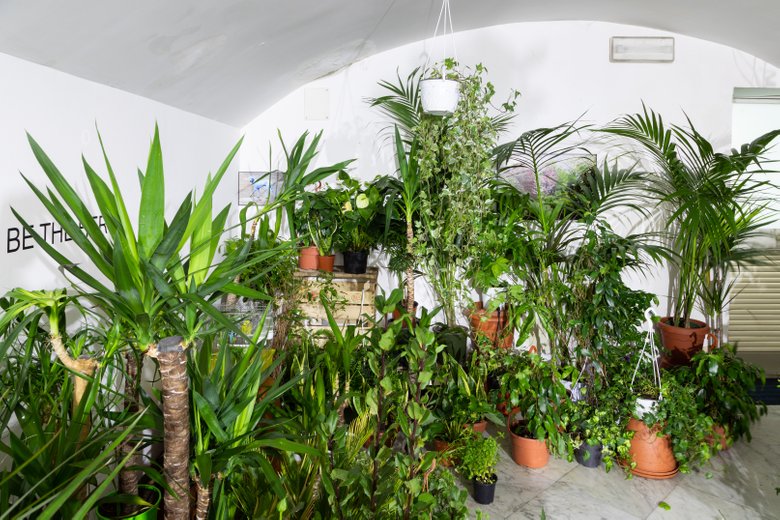 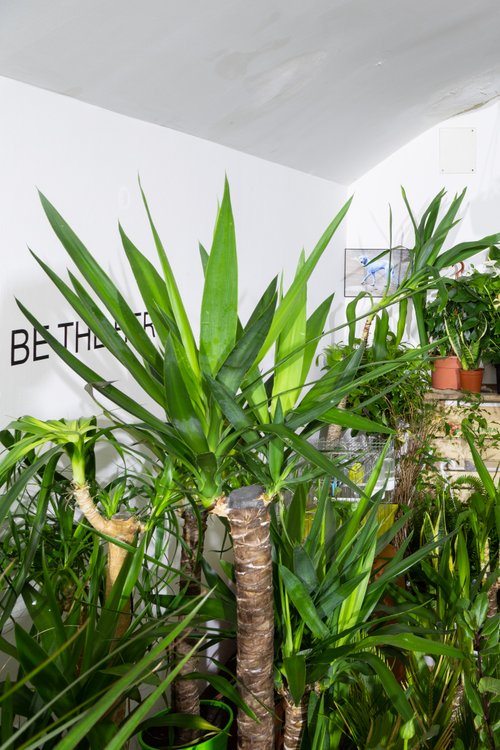 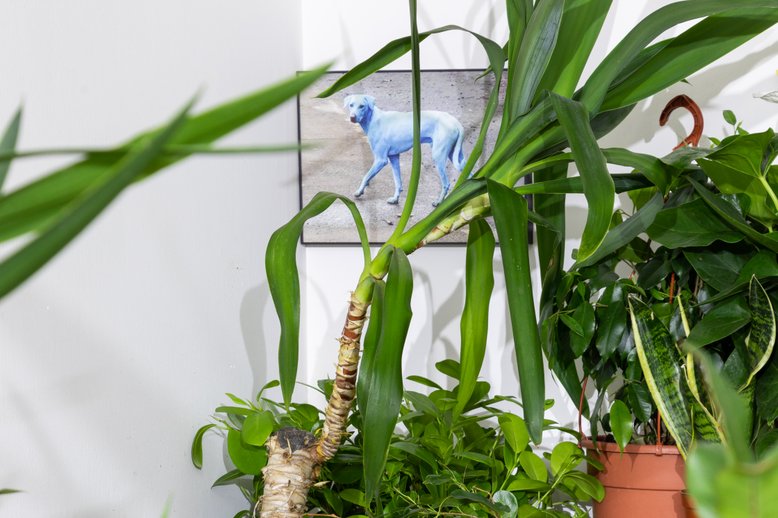 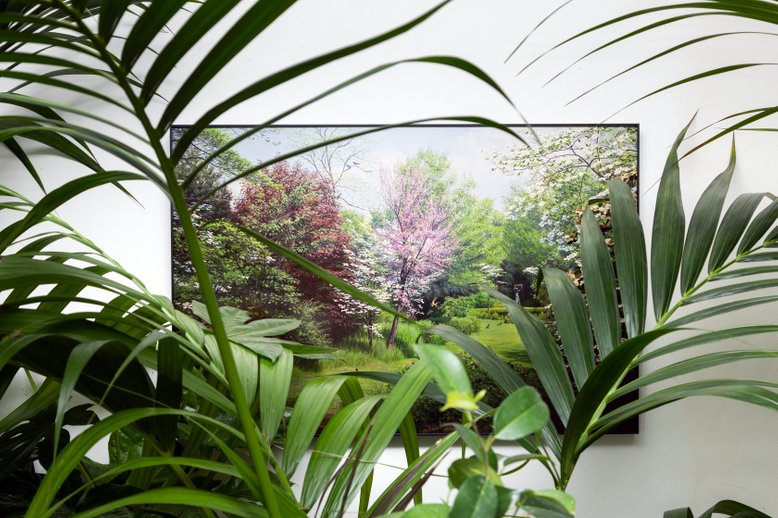 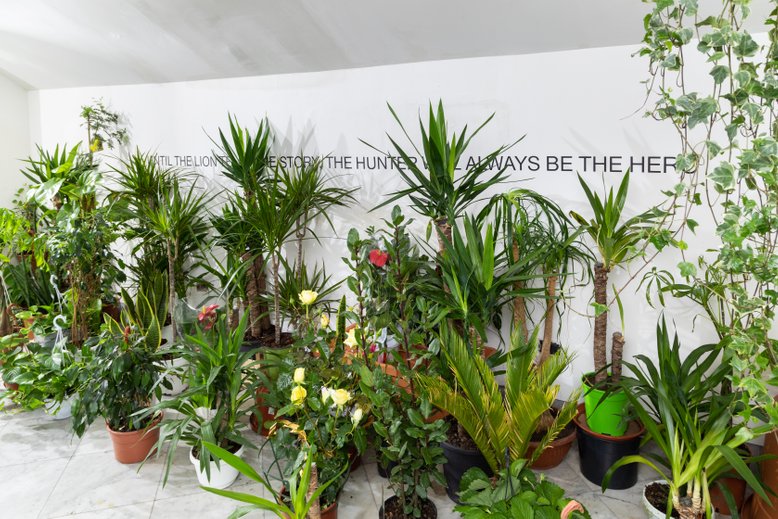 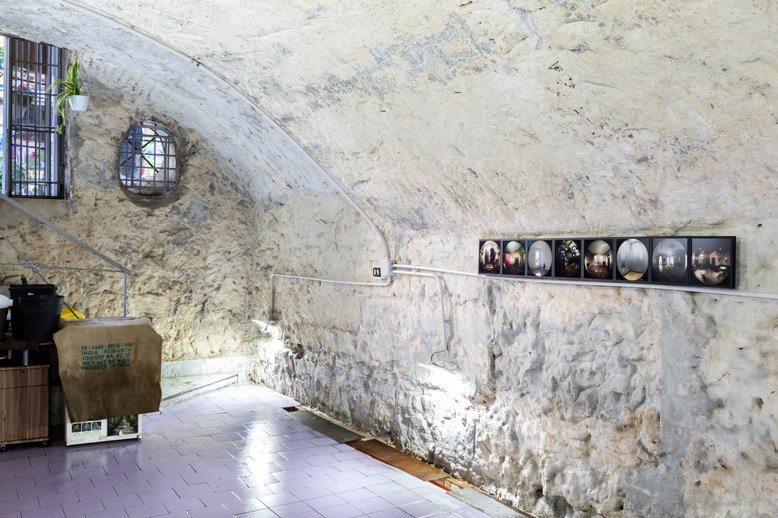